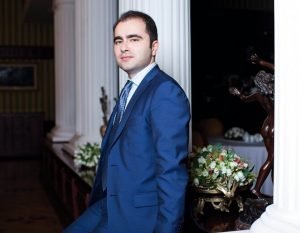 Previous Adil Baguirov Wants to Help the Community of Dayton